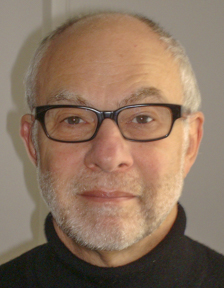 Charles A Sklar, MD
Memorial Sloan Kettering Cancer Center, New York, NY
Dr. Charles Sklar is currently the Director of the Long-Term Follow-Up Program, an Attending Pediatrician and full Member, Department of Pediatrics, Memorial Sloan-Kettering Cancer Center, and Professor of Pediatrics, Weill Cornell College of Medicine, New York City. He has a long-standing research interest in the endocrine, metabolic and reproductive complications of cancer therapy in survivors of childhood cancer. He is a founding investigator and member of the Executive Committee for the Childhood Cancer Survivor Study, a landmark study funded by the National Cancer Institute that is tracking some 24,000 survivors of childhood cancer treated in North America. Dr. Sklar has authored more than 200 peer reviewed articles, chapters, and reviews.
Hanneke M van Santen, MD, PhD
Wilhelmina Children's Hospital, Utrecht, Netherlands
Dr. HM van Santen , pediatric endocrinologist, is highly specialized in endocrine consequences of childhood cancer treatment. She moved her career in 2013 to Utrecht, the Netherlands to support the Máxima initiative and to coordinate the endocrine care for children with cancer in the Princess Máxima Center. She has co-authored > 40 publications on the endocrine effects of childhood cancer treatment, of which 27 as first or last author. She is a PI in the research program of Child Health, WKZ, UMCU and collaborates closely together with the Máxima (Prof dr. MM van den Heuvel-Eibrink, medical director of the LATE Effects group in the Máxima , Prof. dr. LC. Kremer, PI of the Dutch Childhood Oncology Group LATER). She is a team-member of the pediatric neuro-oncology group of the Máxima (head: Prof.dr. E Hoving). Internationally, she collaborates closely with the endocrine and late effects department of the St Jude's Hospital (Dr W Chemaitilly, Dr M Hudson). Her research program focusses on the endocrine effects of childhood cancer treatment, with special interest for the thyroid and pituitary gland, aiming to preserve an intact endocrine system in children with cancer enabling normal growth and development of the child during and after childhood cancer treatment. She is chair of the Late Effects of Childhood Cancer International Guideline Harmonization Groups (IGHG) for thyroid and hypothalamic-pituitary disorders, and member of the IGHG working groups for male and female gonadal toxicity and preservation of fertility and metabolic syndrome. She is chair of the Dutch Guideline for Thyroid cancer in children and the coordinator of the ERN Thyroid Tumors in Utrecht. She is member of the SKION craniopharyngioma working group, the SIOP supportive care group, the SIOP low grade glioma working group, the national consortium for Late effects of treatment for childhood thyroid carcinoma, the consortium of the Dexadagen-2 study, the Dutch Growth Hormone Advisory board and has a consultative function for the “Cyberpoli” for thyroid diseases and craniopharyngioma. 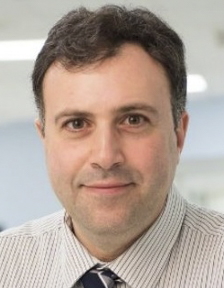 Wassim Chemaitilly, MD
St. Jude Children's Research Hospital, Memphis, TN
Dr. Wassim Chemaitilly is a pediatric endocrinologist with established interest in the long term adverse effects of cancer and brain tumor treatments on the endocrine system. Dr. Chemaitilly obtained his Medical Doctorate degree and Pediatric Medicine diploma at the Université René Descartes - Necker Enfants Malades in Paris, France before completing a Pediatric Endocrinology fellowship at New York Presbyterian Hospital - Weill Cornell Medical College in New York City in 2006. Dr. Chemaitilly currently serves as the director of the Endocrinology Division at St. Jude Children's Research Hospital in Memphis, Tennessee and has a joint faculty appointment with the institution's Department of Epidemiology and Cancer Control where he conducts most of his clinical research. He has contributed to more than 70 peer reviewed articles and book chapters pertaining to various topics in pediatric endocrinology, with a focus on the endocrine late-effects of childhood cancer. 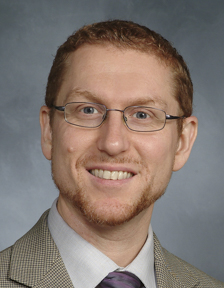 Zoltan Antal, MD
Weill Cornell Medical College, New York, NY
Dr. Antal received his medical degree from St George's University School of Medicine, completed residency at SUNY Downstate Kings County Hospital, and completed a fellowship in Pediatric Endocrinology at the Children's Hospital at Montefiore. He is currently an Associate Professor of Clinical Pediatrics and Chief of the Division of Pediatric Endocrinology at Weill Cornel Medicine. He is also an attending physician at New York Presbyterian Hospital as well as at Memorial Sloan Kettering Cancer Center. Dr. Antal's clinical and research interests focus on the endocrinopathies seen following treatment for childhood cancer. Specifically, he is interested in evaluating growth, pubertal development, and testicular function in childhood cancer survivors.  He is a member of the pediatric long-term follow up survivorship team at Memorial Sloan Kettering Cancer Center, and was part of a committee which recently published endocrine society guidelines for evaluating and treating growth and pituitary function following treatment for childhood cancer. He is also a co-chair of the Children's Oncology Group endocrine task force testicular silo which is responsible for aiding in the update and development of the Children's Oncology Group Survivorship Guidelines. 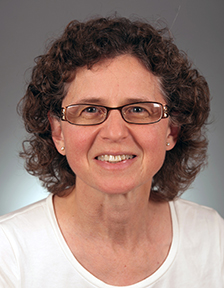 Interactive features of this activity are not available with this video version on a mobile device.

Interactive features of this activity are not available with this video version on a mobile device.