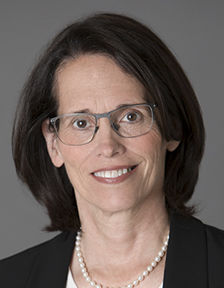 Anne Peters, MD
University of Southern California, Los Angeles, CA
Anne L. Peters, MD, is a professor of clinical medicine at the Keck School of Medicine of the University of Southern California and the Director of the USC Clinical Diabetes Programs. She runs diabetes centers in Beverly Hills and in underserved East Los Angeles. In addition to her clinical work, she has been a PI on multiple grants and has written over 200 abstracts and articles and 4 books. Her major interests involve translating research findings, from lifestyle interventions to technology, to people with diabetes throughout the socioeconomic spectrum. She has been part of the writing groups for the ADA guidelines for the treatment of both type 1 and type 2 diabetes, is a member of the EASD/ADA Device Safety committee, Chair of the Endocrine Society Technology Guideline Writing Group and the ADA Technology Interest Group. She was presented with the ADA "Outstanding Physician Clinician" award, the Bernardo Alberto Houssay Award from the National Minority Quality Forum and has been listed on the "Best Doctors in America" continuously since 2001. 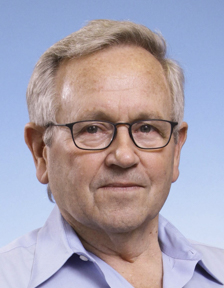 Derek LeRoith, MD, PhD
Icahn School of Medicine at Mount Sinai, New York, NY
Derek LeRoith, MD, PhD, FACP Dr LeRoith is currently Director of Research in the Division of Endocrinology, Diabetes and Bone Disease Icahn School of Medicine at Mt Sinai New York, New York Dr LeRoith received his medical and research training at the University of Cape Town, South Africa, and completed his postgraduate training in London, United Kingdom. Subsequently, he was a member of the medical faculty at Ben-Gurion University Medical School in Israel. Dr LeRoith worked for the National Institutes of Health (NIH) from 1979 until 2005 in the field of endocrinology and diabetes, and he advanced to Diabetes Branch Chief at the NIH in Bethesda, Maryland. His research interests include the role of insulin and insulin-like growth factors in normal physiology and in disease states, including obesity, type 2 diabetes mellitus (T2DM), and cancer. His clinical interests primarily involve the pathophysiology and management of Obesity and T2DM. Dr LeRoith has published more than 600 research and review articles on these topics, as well editing numerous textbooks and is currently Editor in Chief of the AACE journal Endocrine Practice.
Marie E. McDonnell, MD
Brigham and Women's Hospital, Boston, MA 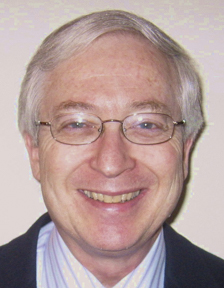 Mark E Molitch, MD
Northwestern University Feinberg Medical School, Chicago, IL
Mark E. Molitch, M.D. is the Martha Leland Sherwin Professor of Endocrinology at the Northwestern University Feinberg School of Medicine. He has been active in clinical research in diabetes, focusing on diabetic kidney disease. He is the Principal Investigator of the Northwestern centers of the ongoing Diabetes Control and Complications Trial (DCCT)/Epidemiology of Diabetes Interventions and Complications (EDIC) study, the Diabetes Prevention Program Observational Study (DPPOS), the Preventing Early Renal Loss in Diabetes (PERL) study, was the Co-Pl for Diabetes of the Bypass Angioplasty Revascularization Investigation 2 Diabetes (BARI 2D). He was a member of the ADA Professional Practice Committee that wrote the first Standards of Medical Care and a member of the committee that wrote the Guideline on Management of Diabetic Kidney disease of the National Kidney foundation. He has authored more than 500 original papers, review articles, book chapters, case reports and other publications. In 1997, he was named “Outstanding Physician Educator in the Field of Diabetes” by the ADA and in 1997 received the “Outstanding educator” award of The Endocrine Society.
Take Notes
Enter notes below:
Email to:
Browse Slides
Media Quality
Automatic quality
Highest quality (1200K)
Medium quality (600K)
Low quality (300K)
Audio only

Media quality is automatically adjusted based on the speed of your internet connection. If you would prefer to control the quality explicitly, please choose from the options above.