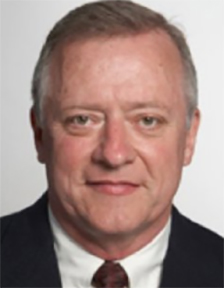 William Byne, MD, PhD
New York State Psychiatric Institute/Columbia University, New York, NY
William Byne, M.D., Ph.D. is a professor of clinical psychiatry at Columbia University in the Division of Gender, Sexuality and Health. He attended the Einstein College of Medicine followed by residency at Columbia and received a PhD in neurosciences from the University of Wisconsin-Madison. His early research examined sexual differentiation of the brain in multiple laboratory species and humans before turning to the neurobiology of severe mental illness. Prior to his recent move to Columbia, he was on faculty at the Icahn School of Medicine at Mount Sinai and a psychiatrist with the James J Peters VA Medical Center where he was involved with the VA's transgender program at multiple levels, from providing direct patient care to veterans to participating in educational initiatives at local and national levels. He chaired the American Psychiatric Association's Task Force on Gender Identity Disorder and subsequently its Workgroup on Gender Dysphoria. He has contributed to multiple articles and chapters addressing sexual orientation and gender diversity and is the founding editor and editor in chief of the peer reviewed journal, LGBT Health.
Take Notes
Enter notes below:
Email to:
Browse Slides
CME